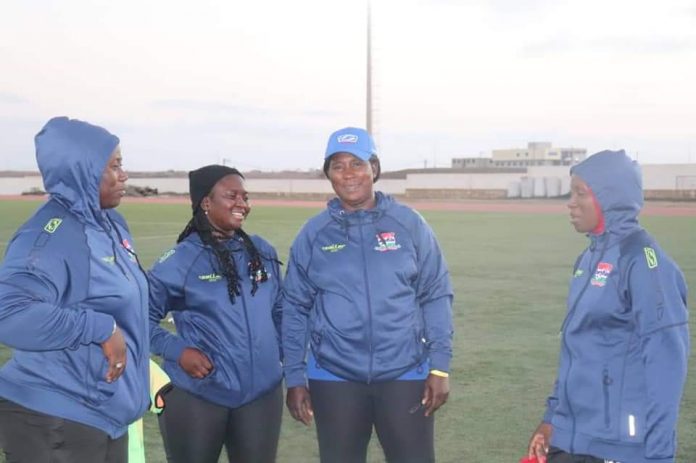 The Queen Scorpions will begin the WAFU Zone A women’s championship against Sierra Leone on Saturday, with Coach Mariama Bom Sowe hoping for victory in the tournament.

Coach Bom Sowe spoke to The Alkamba Times Sports exclusively in her Melia Dunas hotel base in Sal. Sowe touched on the new-look squad as well as the pressure to deliver.

“It’s a very fair draw, looking at our group. I won against Sierra Leone. Played against the defending champions (Senegal). The team is young, and we are coming for the trophy. We are not only coming for the sake of participation.” Sowe stressed

“This is football, only sometimes you have to maintain the same squad. The Tamba twin sisters are not part of the team; Awa is injured, according to our understanding. We have yet to write to Grenoble foot regarding Adama Tamba. But I’m confident that these young stars I have brought are perfect replacements for the abovementioned players. They are skillful, committed, and determined. So obviously, we are ready to do the job,’ She said.

Sowe further emphasized that there is no pressure on the team.

“This is the first time I am going to a tournament and not having pressure. Senegal is not our problem, not any country. We are taking game by game; our target is the trophy.”

The Queen scorpions are pitted in group B alongside Senegal, Guinea, and Sierra Leone.