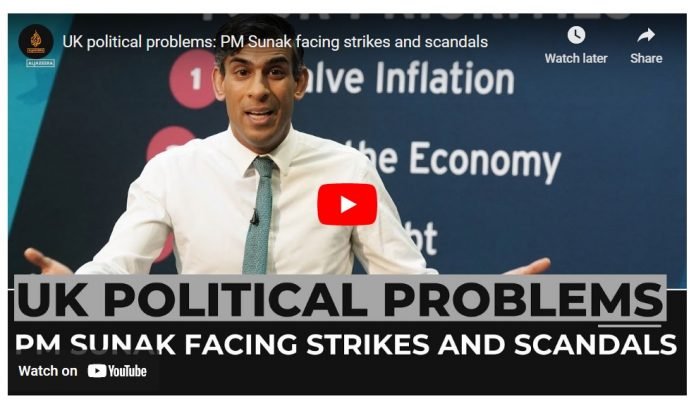 British Prime Minister Rishi Sunak has ordered an investigation into the tax affairs of the chairman of his governing Conservative Party, saying there are “questions that need answering” about the dealings.

Sunak said on Monday that he had asked his independent ethics adviser Laurie Magnus to look into Nadhim Zahawi’s multimillion-pound case, which relates to the 55-year-old’s co-founding of opinion polling firm YouGov in 2000 before he became a member of Parliament.

“Integrity and accountability is really important to me … There are questions that need answering and that is why I have asked our independent adviser to get to the bottom of everything,” Sunak told reporters.

He added that Zahawi would remain as party chairman during the investigation and had agreed to “fully cooperate” with the probe.

Zahawi said he welcomed the move and looked forward to explaining the “facts of the issue”, adding he would not discuss it further while the investigation was under way.

He has previously said the United Kingdom’s tax authorities ruled he had been “careless” with his declarations but had not deliberately made an error to pay less tax.

Zahawi has said questions were raised about his tax affairs when he was made finance minister last year by former Prime Minister Boris Johnson, prompting him to raise them with government officials and the tax office, which disagreed with the number of shares given to his father.

“So that I could focus on my life as a public servant, I chose to settle the matter and pay what they said was due, which was the right thing to do,” he said in a statement on Saturday.

He also said the tax office found he had not set up offshore tax arrangements, but the statement did not address whether he paid a penalty to the tax office.

A tax policy website – Tax Policy Associates – has estimated that Zahawi should have paid 3.7 million pounds ($4.6m) based on the capital gains tax incurred by the sale of tranches of shares in YouGov worth more than 20 million pounds ($24.7m).

The Guardian newspaper has reported that tax authorities had imposed a 30 percent penalty on top of the owed tax.

According to the government’s website, a penalty of 30 percent can be paid when there is “lack of reasonable care” or when the error is considered to be deliberate.

In the three months since Sunak became prime minister, his government has been buffeted by questions over the probity of some ministers and legislators after he promised to lead the country with “integrity, professionalism and accountability”.

The opposition Labour Party said Sunak, who assumed office after his two predecessors were brought down first by scandal and then economic chaos, was too weak to sack Zahawi.

“Everybody knows it’s wrong. He clearly isn’t going to resign and so the prime minister needs to show some leadership,” Labour Party leader Keir Starmer told reporters on Monday.

Al Jazeera’s Nadim Baba, reporting from London, said Sunak’s move to launch an investigation was unlikely to “calm” the situation amid continued uncertainty over Zahawi’s dealings.

“This might rumble on, at least for a while yet,” he said.