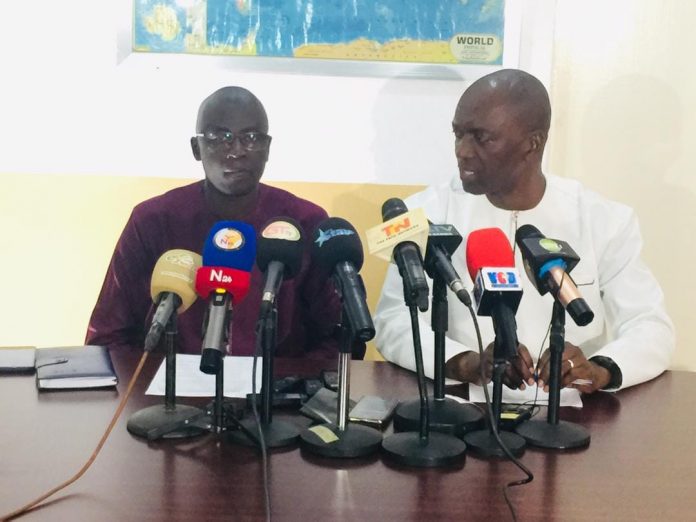 The Gambia Teachers’ Union (GTU) has officially declared the end of its countrywide sit-down strike amid growing concerns over conditions of service and teaching allowances.

Last week, the teachers Union announced a nationwide sit-down strike but called it off on Monday, 9th January 2023, at a press conference updating the public and its membership on the progress made, where it announced the resumption of teaching on Tuesday, 10th January.

Meanwhile, GTU says all nine demands have been fully met following a holistic negotiation and agreement with the Ministry of Education and the Ministry of Public Services, outlining that they also made concessions on some of their demands.

“We compromised some things that the Union will take, and they will also take others. But we made it very clear from the beginning that these are our demands, and they must be met before we go back to the school,” the President of GTU, Ismaila Ceesay, told Journalists.

“The nine demands we presented, thank God, were all agreed upon. So it was a plus for the Union that requests forwarded to the government were at least accepted for teachers of The Gambia,” Ceesay added.

GTU, MoBSE, and the Ministry of Public Service resolution document stated that the meeting holistically reviewed the Union’s demands to arrive at a common ground to address the standoff.

However, some resolutions were agreed upon in connection to the demands of the Union, among them; the delinking of percentage-based allowances in respect of the 30% salary increment.

“PMO has noted the observation of the GTU and commits itself to engage with the Ministry of Finance to regularize the case of affected staff,” the dispatch stated.

The meeting also indicated that MoBSE has undertaken to pay invigilation allowances for GABECE and WASSCE exams. “However, with relevant stakeholders, including the GTU, it will work out the modalities for such.”

“The PMO agreed for auxiliary staff working at Regional Education Directorates and schools operating on double shifts to be compensated for their additional hours and services they work for,” the agreement indicated.

“In addition to this, MoBSE shall work on the initial 50% salary increment that was not applied to ancillary staff, including caretakers,” the release added.

In the same resolution document, PMO acknowledges the need to review the percentages of double shift allowances for non-teaching staff at Regional Education Directorates, in which MoBSE states that work is currently in progress.

The GTU President reaffirmed his Union’s commitment to ensure their demands are fully implemented as agreed.