The WHO has decided to issue monkeypox its highest level of alert: a Public Health Emergency of International Concern. But what’s the deal with PHEICs — who decides, what does it mean, and what happens next?

Tedros made the declaration despite a lack of consensus among members of the WHO’s emergency committee on the monkeypox outbreak. It’s the first time a leader of a UN health agency has made such a decision.

What did Tedros say?

“We have an outbreak that has spread around the world rapidly through new modes of transmission about which we understand too little and which meets the criteria in the international health regulations,” Tedros said.

“I know this has not been an easy or straightforward process and that there are divergent views among the members” of the committee,” he added.

How has the outbreak spread?

The current outbreak started in May, with 20 cases recorded in Britain on May 20, mostly among gay men.

Since then, the outbreak has grown to almost 16,000 cases in 75 countries, Tedros said. Data from the CDC in the US indicate that in one day alone, from July 19 to July 20, confirmed case numbers leaped from 14,511 to 15,378. The current outbreak is centered in Europe.

Since July 14, Thailand, Serbia, Georgia, India and Saudi Arabia have all reported their first cases, adding to the now 72 countries where the current outbreak has been detected.

As the outbreak continues to grow, epidemiologists are split as to whether the WHO’s decision was correct. The meeting was the second time the emergency committee convened, after a meeting on June 23 when it decided the outbreak had not met that threshold.

“It is a tricky decision for the committee,” said Dr. Jimmy Whitworth, a professor of international public health at the London School of Hygiene & Tropical Medicine.

“In some senses, it meets the definition — it is an unprecedented outbreak widespread in many countries and would benefit from increased international coordination.

“On the other hand, it seems to be an infection for which we have the necessary tools for control; most cases are mild and the mortality rate is extremely low,” Whitworth told DW.

What is a PHEIC?

The designation of a Public Health Emergency of International Concern is the WHO’s highest alert level. It is based on international health regulations established in 2005, to define countries’ rights and obligations in handling cross-border public health occurrences.

The WHO defines a PHEIC as “an extraordinary event which is determined to constitute a public health risk to other States through the international spread of disease and to potentially require a coordinated international response.”

The WHO further explains how this definition implies a situation that is serious, sudden, unusual or unexpected; carries implications for public health beyond an affected country’s border and may require immediate international action.

Who decides about a PHEIC?

The WHO’s emergency committee on monkeypox provided WHO Director-General Tedros Adhanom Ghebreyesus with advice on the disease but couldn’t come to a consensus.

The WHO’s emergency committee on monkeypox is composed of 16 members and chaired by Jean-Marie Okwo-Bele from the Democratic Republic of Congo, a former director of vaccines and immunization at the agency.

Other committee members include epidemiologists and disease experts from all around the world.

What are advantages and criticisms of PHEICs?

The purpose of a PHEIC is to focus attention on acute health risks that have the potential to spread internationally and threaten people around the world.

They are intended to help in mobilizing and coordinating information and resources, both nationally and internationally, for the purposes of prevention and response.

In practice, declaring PHEICs may end up causing a financial burden to the country facing the epidemic, particularly if travel and trade are curtailed. Indeed, some countries are reluctant to share public health data in the case of an outbreak for fear of such measures.

Critics of the PHEIC system note that an emergency is only declared when an event has started to spread internationally, indicating it has already reached an acute level. Some have called for various, intermediate stages of alarm.

COVID-19 and monkeypox: Similar but different

In the case of COVID-19, for example, a PHEIC was only declared at the end of January 2020, after two meetings earlier in the month had decided against such a move, and several weeks after Beijing had adopted containment measures.

Researchers have found that too many countries take a “wait and see” approach with such declarations, ignoring them until it is too late — as with COVID-19.

“People weren’t listening,” said WHO emergencies director Michael Ryan on the second anniversary of the COVID-19 pandemic declaration. “We were ringing the bell and people weren’t acting.”

Such declarations are subject to too much political pressure, argue some. Others offer the criticism that emergency committee rationale has tended to be opaque or contradictory.

What PHEICs have there been in the past?

Until now, the WHO had declared a PHEIC six times, all for viral outbreaks:

Three outbreaks have been considered but not declared a PHEIC. These include the deadly MERS outbreak first identified in Saudi Arabia in 2013.

The “WHO will continue to do everything we can to support countries to stop transmission and save lives,” Tedros said at a press conference in Geneva on Wednesday. 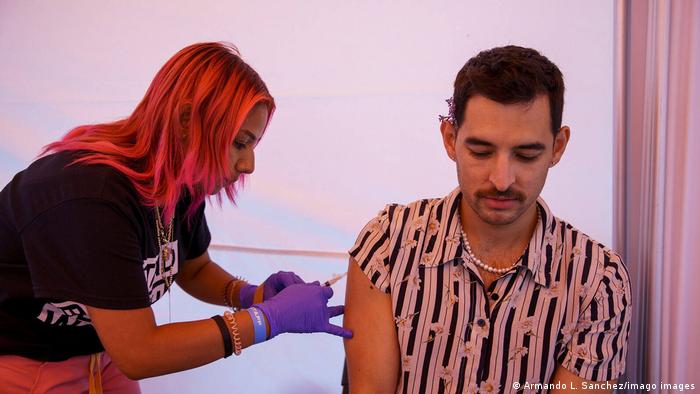 Although highly effective vaccines against monkeypox exist, production would need to be ramped up to meet demand

Testing and vaccination are sharp tools in the fight against monkeypox, although Tedros also said information was key. First and foremost, public health officials need to engage constructively with at-risk communities, experts say.

Some experts have sounded the alarm for a potential pandemic based on the recent large jump in case numbers.

“From what is known, we think it is unlikely to spread far in the general population,” said public health professor Whitworth. “For these reasons, I do not think this will become a generalized epidemic.”